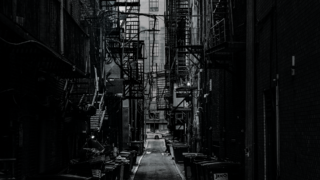 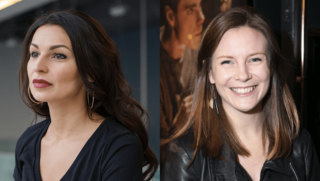 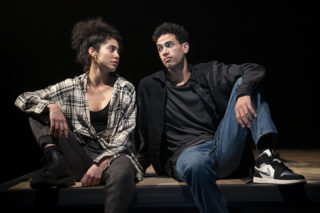 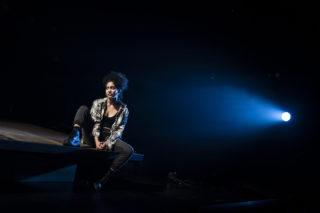 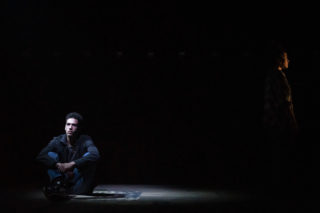 DREAMers. Love(r)s. Life-long friends. Negotiating the promise of safety and the weight of responsibility, they’ll fight like hell to establish a place for themselves and each other in America. 2018 Pulitzer Prize winner, NYTW Usual Suspect and former 2050 Fellow Martyna Majok brought us an unforgettable story that asked what we were willing to sacrifice for someone we love. Rebecca Frecknall, director of the 2019 Olivier Award-winning Summer and Smoke, helmed the highly anticipated production which returned to the stage after performances were halted in March 2020.

To support a reduced capacity for audiences who were not yet ready to sit shoulder to shoulder in the theatre, at all Sunday performances of Sanctuary City except October 17, we offered “seating bubbles” with an empty seat on either side of your party. Seating was available in singles or pairs and we asked you to book the entire “bubble” of seats. To view the Sunday seating chart, click here.

REBECCA FRECKNALL is Associate Director at the Almeida Theatre, where she will direct The Duchess of Malfi this winter. In April of 2019, she opened a new version of Chekhov’s Three Sisters to critical and popular acclaim. She also recently directed the critically acclaimed Summer and Smoke, which opened at the Almeida before transferring to the West End in November 2018. The production won the 2019 Olivier Award for Best Revival, and Rebecca was also nominated for the Peter Hall Olivier for Best Director. Future projects include directing Violet, a new opera written by Alice Birch and composed by Tom Coult.

After graduating from Goldsmiths in 2009 with a First Class BA/Hons in Drama and Theatre Arts Rebecca went on to train on the Directors Courses at LAMDA. She was the 2012/13 recipient of the National Theatre Studio’s Emerging Director Bursary and was the 2015/16 recipient of the acclaimed RTYDS Bursary at Northern Stage.