A NEW PROJECT BY KRISTINA WONG 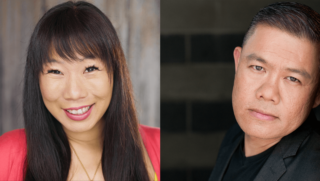 A NEW PROJECT BY KRISTINA WONG

On Day 3 of the COVID-19 pandemic, NYTW Usual Suspect Kristina Wong began sewing masks out of old bedsheets and bra straps on her Hello Kitty sewing machine. Before long, she was leading the Auntie Sewing Squad, a work-from-home sweatshop of hundreds of volunteers—including children and her own mother—to fix the U.S. public health care system while in quarantine. It was a feminist care utopia forming in the midst of crisis. Or was it a mutual aid doomsday cult?

As the demand for masks abates and we begin to return safely to space, Kristina is beginning to put her life together post-pandemic cult leadership. With hilarity and boundless generosity, she invites the audience in on her work building community in isolation, while reflecting on what we’ve been through and imagining what we want to become. NYTW Usual Suspect Chay Yew (The Architecture of Loss, Oedipus El Rey) directs.

KRISTINA WONG is a performance artist, comedian, writer and elected representative who has been presented internationally across North America, the UK, Hong Kong and Africa. Her work has been awarded with grants from Creative Capital, The MAP Fund, Center for Cultural Innovation, National Performance Network, a COLA Master Artist Fellowship from the Los Angeles Department of Cultural Affairs, as well as nine Los Angeles Artist-in-Residence awards. Center Theatre Group honored her as the 2019 Sherwood Award. Her rap career in post-conflict Northern Uganda was the subject of The Wong Street Journal which toured the US, Canada and Lagos, Nigeria (presented by the US Consulate). Her long running show Wong Flew Over the Cuckoo’s Nest looked at the high rates of depression and suicide among Asian American women and is now a concert film. Kristina currently serves as the elected representative of Wilshire Center Koreatown Sub-district 5 Neighborhood Council, the subject of her show Kristina Wong for Public Office. In the pandemic, the national tour of that show pivoted to streaming performances from her home and a professional recording for Center Theater Group’s Digital Stage where she is a member of the Creative Collective. As Overlord of the national mutual aid collective Auntie Sewing Squad, Kristina has deepened her practice as a performance artist neck-deep in doing the work of FEMA.