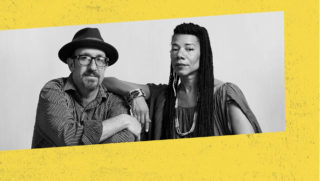 Martha Redbone and Aaron Whitby’s vision is to create a song cycle that is set during the pandemic summers of 1920 and 2020 in New York City. In both time periods it’s a day of protest. The worlds collapse into each other in songs and scenes from a variety of perspectives in reaction to the experiences of pandemics, systemic racism and battles for political self-determination. In the traditional culture of the Woodland American Indian nations, talking circles generate a continuum of hope where people are committed to helping each another and to each other’s healing.