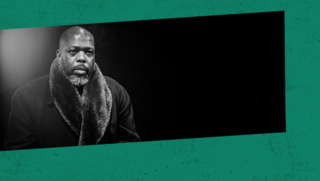 Hilton Als is, and has been, an invaluable contributor to American cultural life for decades. Join this Pulitzer Prize-winning critic, artist, writer and curator as he lifts up and takes a different look at what he considers marginalized classics of the 20th Century. Until now.

Shirley Clarke’s Portrait of Jason was a groundbreaking work of cinema verité when it was released in 1967. Captured over a single evening, the portrayal of gay African-American hustler and aspiring cabaret performer Jason Holliday interrogated race, class and sexuality in ways that were and still are ahead of its time. Pulitzer Prize-winning critic, artist, writer and curator Hilton Als has adapted the film into an audio drama that captures the intimacy, vulnerability and rawness of the original piece while probing power and the price of storytelling itself. Join NYTW for an intimate evening with Jason along with Hilton’s unique commentary and analysis.