EP5: WHAT THE HELL IS A REPUBLIC, ANYWAY? 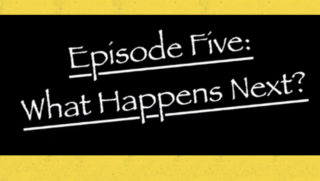 Episode 5: What Happens Next?

Two weeks after the 2020 U.S. Election, Denis & Lisa gather with audience members from all four previous episodes for a discussion on artifacts, personal narratives on and after Election Day, and examining individual elements in the notion of a collective ideal republic.