EP3: WHAT THE HELL IS A REPUBLIC, ANYWAY? 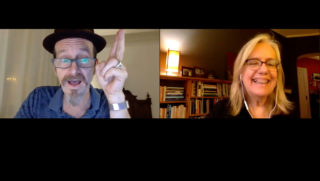 Written and performed by Denis O'Hare and Lisa Peterson

Denis & Lisa explore how the organizing principles behind the Roman Republic crumbled and what the future might hold for the American political system. Featuring original short film Cicero’s Dream.