ACTS III & IV: THE SEAGULL ON THE SIMS 4 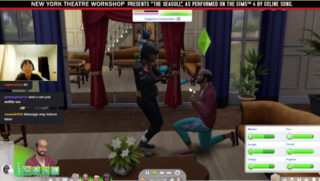 In this epic conclusion, Celine welcomes us back to the Sims as she juggles Nina’s baby, Masha’s never-ending pregnancy, and how exactly Konstantin’s death will play out in the Sims universe. Featuring conversations with Jiehae Park and C.A. Johnson.

When it first premiered, The Seagull was a famous failure, the audience unfamiliar with ideas of subtext and subtlety that Chekhov was experimenting with and preferring the more conventional melodrama of the 19th century. It has gone on to become one of the most recognizable titles in Western drama.