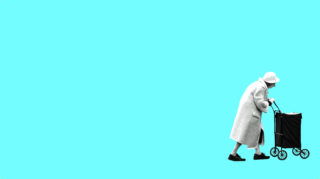 Please note there is no late seating.
Runtime: 95 minutes with no intermission

Funerals are for the living. What happened, why, who did it and how — none of that matters in the moments before. ZÜRICH is a play about the moments before, as hotel guests enjoy the last moments of their private, awkward, funny and not-so-funny lives. A series of two-handers, strangers struggle with nationalism, tourism, social responsibility, isolation, class and gender expectations. In a time of global crisis, what does neutrality mean for a country full of banks? For any of us?

Fifteen minutes prior to all sold-out performances, a limited number of rush tickets may be available for $30 cash, subject to availability. Those waiting for rush tickets will be served on a first-come, first-served basis. Each individual may purchase up to two tickets.

To inquire about group discounts (10 tickets or more) please reach out to Josué at 212-780-9037. Artist talkbacks can be pre-arranged upon request.

Amelia is an award winning Australian-American writer and activist, currently writing for the Oregon Shakespeare Festival, Marin Theatre Company, The Rose and adapting Two Serious Ladies by Jane Bowles for Yale Repertory Theatre. Her plays have been seen in Moscow, London, Sydney, Melbourne, the Humana Festival of New American Plays at ATL, Taffety Punk in DC, Square Product in Boulder, Prelude Festival NYC and Crowded Fire in SF. Showcase and developments include the Old Vic in London, Soho Rep Writer / Director Lab, Black Swan Lab at OSF, Berkeley Rep’s Ground Floor, Kennedy Center in DC, Playwrights Realm in NYC, New Group NYC, The MacDowell Colony, Black Swan at OSF and Boston Court in LA. Published plays include Big Sky Town, Camberwell House and She Rode Horses Like The Stock Exchange with an introduction by Sarah Ruhl. New plays include Lottie in the Late Afternoon, Everything Is Nice, Aliya In Americaland and A Duck On A Bike. She works on the Netflix / Jenji Kohan show “GLOW”, develops TV and features in LA and Australia, works for Gloria Steinem, and is one of the original Hollywood women involved in the Time’sUp movement. Amelia has an MFA in playwriting from the Yale School of Drama.

During the past 7 years, Colt Coeur has produced 8 world premieres; developed 28 plays; and provided free arts education to 100+ NYC students. Taking a multi-pronged approach to development and education, we nurture emerging theater artists in our annual Parity Plays Festival, our Play Hotel reading series, and in our annual free Education Initiative for underserved NYC public school students. We create plays from scratch and produce stunning world premieres on shoestring budgets. All 8 of our productions have been published and had subsequent productions nationally and internationally. With outlets including The New York Times and Variety writing rave reviews of our productions, Colt Coeur has served as a launching ground for nationally-celebrated artists including Tony-winners Steven Levenson (playwright) and Paloma Young (costume designer), and actor Ato Essandoh. We have also built partnerships with organizations including HERE, St. Ann’s Warehouse, New York Theatre Workshop, Women’s Project and Rattlestick.