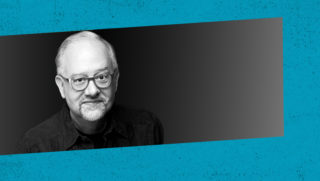 Available for free on Youtube and the NYTW Digital Archive

In a series of provocative and mirthful ​interviews with some of our sharpest contemporary satirists, Doug interrogates the idea that comedians are both the culture’s true patriots and fit​ the classic model of “clown” or ​”court jester” in Shakespearean drama, using humor to articulate the ​day’s most pressing, urgent truths.

What Are You Doing with Your Sanity? In Conversation with Andy Borowitz

From his early days working with Norman Lear to his take on President-Elect Joe Biden (he’d love to paint his walls “Joe Biden white”), New Yorker writer Andy Borowitz delves into what it means to be preaching to the converted.

We Wish We Could Say That: In Conversation with Aasif Mandvi

A Million Tiny Revolutions: In Conversation with Nancy Giles

Playwright and Screenwriter Paul Rudnick reflects on ​his use of humor to challenge conventions throughout his illustrious career​, including plays like Jeffrey, films like In & Out, and television events like the recent Coastal Elites.

Jenny talks the politics of comedy as writer on a daily late night show (Late Night with Seth Meyers) as she gears up to become head writer and executive producer of The Amber Ruffin Show, slated to debut this fall on streaming service Peacock.