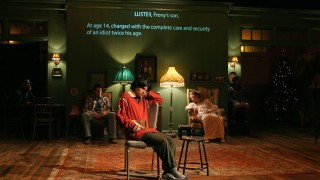 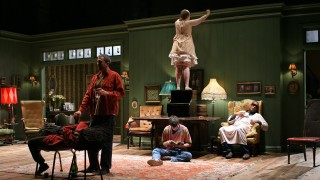 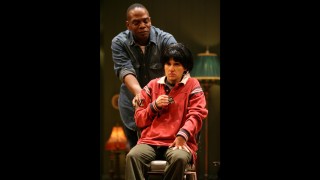 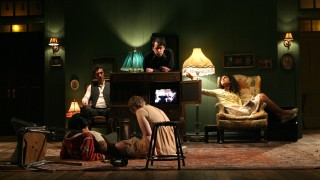 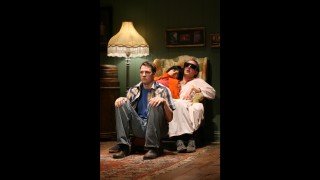 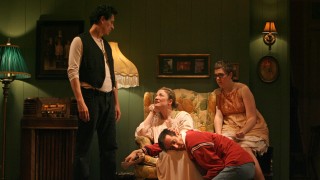 Elevator Repair Service, a theater ensemble, has been appearing on New York’s downtown performance circuit since 1991. The ensemble’s body of work combines elements of slapstick comedy, hi-tech and lo-tech design, both literary and found text, found objects and discarded furniture, and the group’s own highly developed style of choreography. New York Magazine has called ERS “the best experimental theater group in town.” Recently, ERS’ focus has turned to literature with pieces based on the work of Henry James, F. Scott Fitzgerald and Jack Kerouac. These include the Bessie Award-winning Room Tone (2002-2004), No Great Society (2007 at NYTW’s 4th Street Theatre) and Gatz, the group’s highly acclaimed marathon performance of The Great Gatsby. Gatz continues to tour the U.S. and Europe and will next be seen at The Dublin Theatre Festival. Continuing this exploration of American literature, ERS will now present a new work based on William Faulkner’s The Sound and the Fury, developed during several residencies at NYTW.