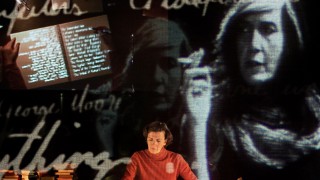 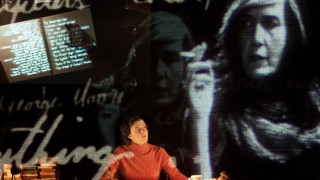 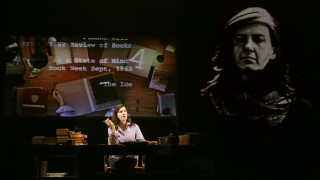 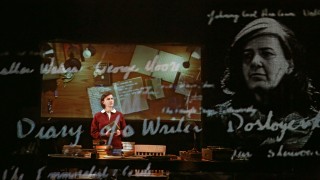 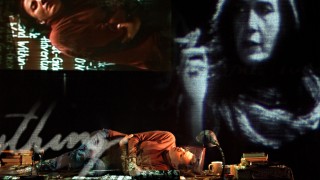 Adapted from Susan Sontag’s early journals by performer Moe Angelos, Sontag: Reborn traces Sontag’s private life from the age of 14 to her emergence as a world-renowned author and activist. The young Sontag wrestles with her emerging sexuality and precocious intelligence, fraught with doubt and insecurity yet driven by her willfulness, ambition and voracious curiosity. The refuge of her diary became integral to her development as a writer,  Sontag says herself, “In the journal I do not just express myself more openly than I could in person. I create myself.

Directed by Marianne Weems and using The Builders Association’s signature synthesis of poetic video and sound, this tightly-crafted story of self-discovery and sexual identity is both exuberant and intimate, exploring the private life, loves and idiosyncrasies of the iconic intellectual.