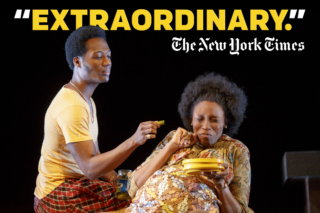 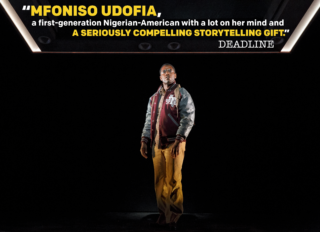 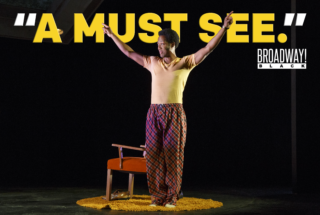 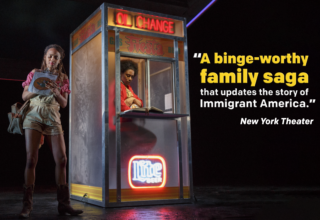 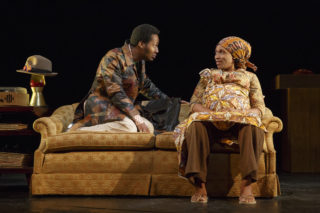 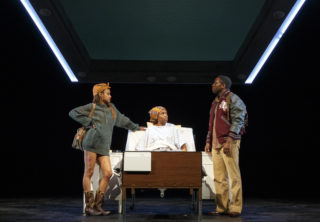 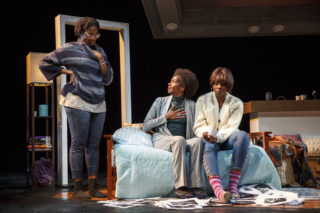 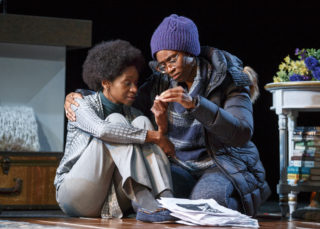 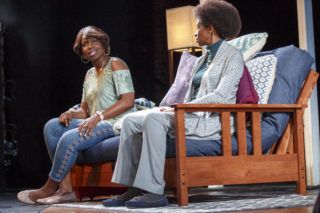 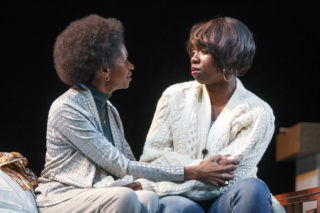 Performed in repertory, these two chapters of Udofia‘s sweeping, nine-part saga, The Ufot Cycle, chronicle the triumphs and losses of the tenacious matriarch of a Nigerian family. In Sojourners, a young, pregnant Abasiama struggles with the responsibilities of her arranged marriage as her husband becomes seduced by 1970s American culture. Intent on finishing her university studies so that she can return to Nigeria, Abasiama weighs her dreams and obligations as she attempts to move forward. Decades later, the full impact of her decision erupts when Abasiama’s family is reunited in Her Portmanteau. As Nigerian traditions clash with the realities of American life, Abasiama and her daughters must confront complex familial legacies that span time, geography, language and culture. Presented in two parts, this heartrending pairing probes into the ties that bind mothers and daughters and how we define home.

Sojourners and Her Portmanteau are produced in association with The Playwrights Realm who premiered Sojourners in a limited engagement world premiere production. Her Portmanteau is the recipient of an Edgerton Foundation New Play Award. 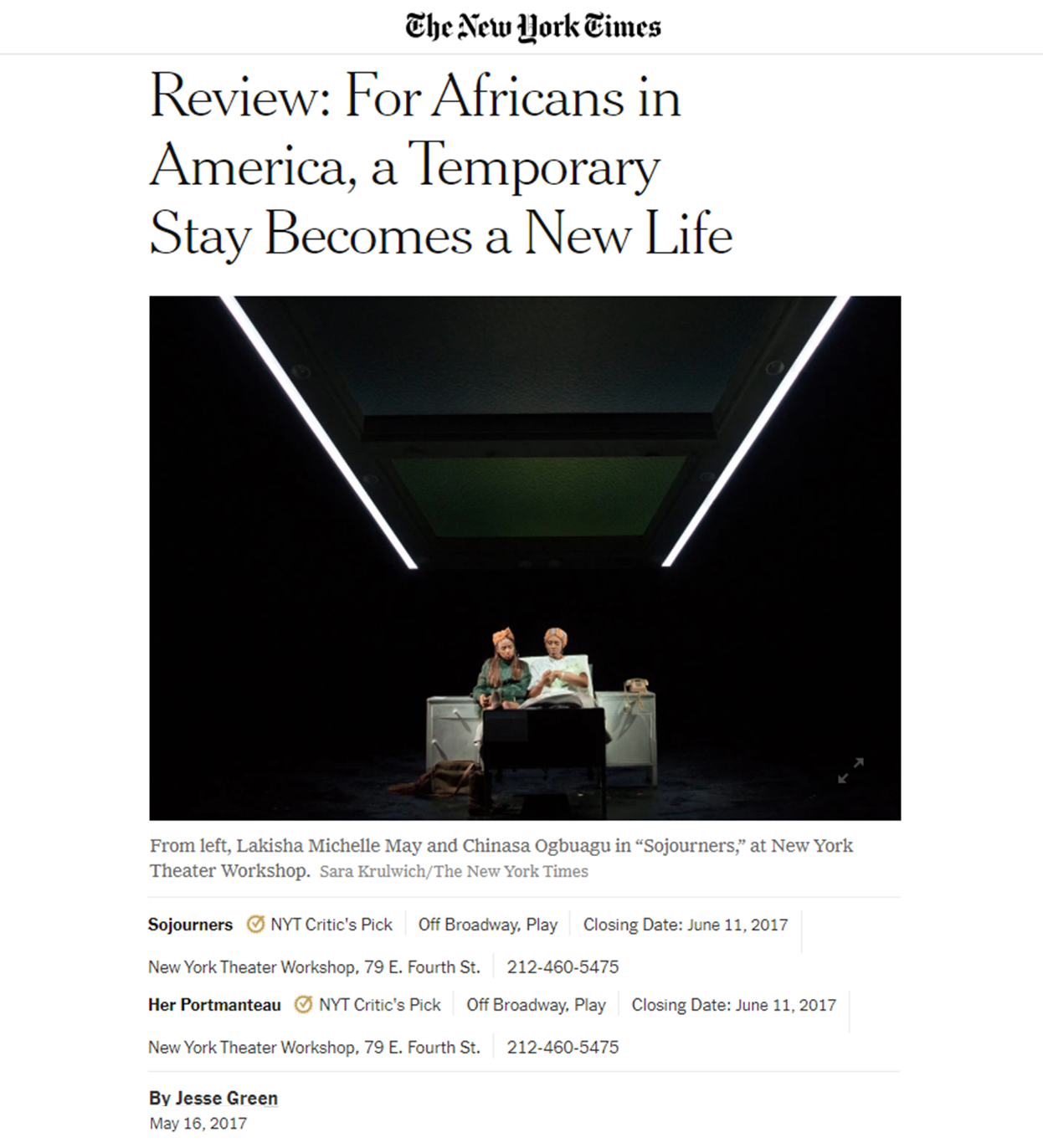 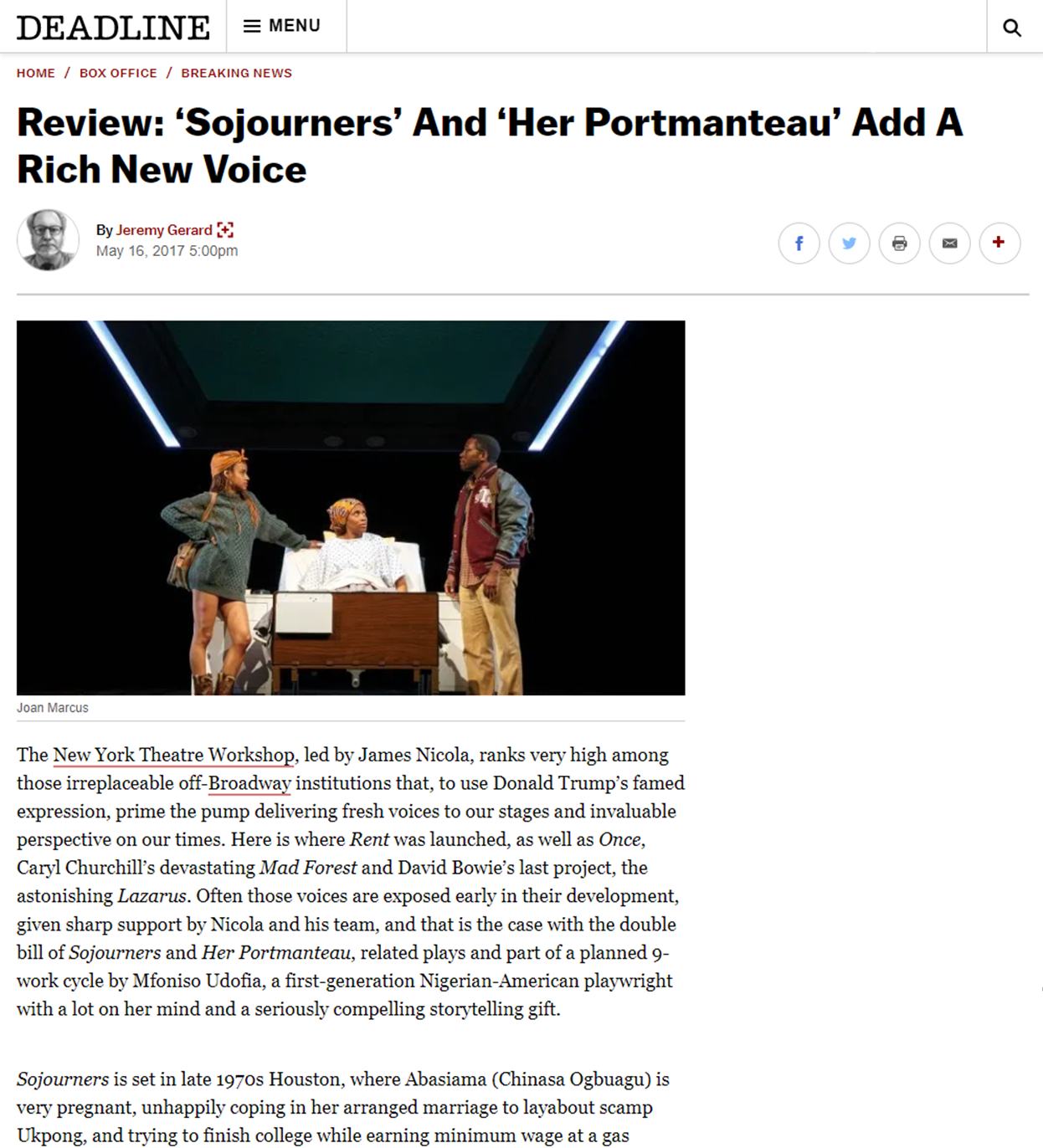 NYTW debut. Broadway: Fiddler on the Roof, Burn the Floor. Regional: Rock of Ages (Gateway), Nice Work If You Can Get It (Ogunquit), Carnival (Goodspeed), Toys in the Attic (Pearl), Metamorphoses (FST).