PLAY YOURSELF: A One-Night-Only Benefit Reading 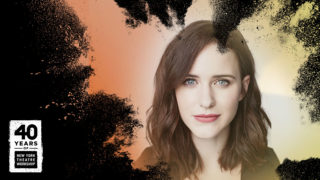 PLAY YOURSELF: A One-Night-Only Benefit Reading

A one-night-only reading of

Play Yourself is part of a year-long celebration of New York Theatre Workshop’s 40th Anniversary, featuring a variety of events honoring the past and celebrating the future of a community dedicated to helping us all better understand our world through theatre. This one-night-only reading is the latest in a slate of events including a RENT Live watch-party; NYTW’s 40th Anniversary Gala honoring NYTW Founding Trustee Stephen Graham; On This Block, a celebration of the East 4th Street community in partnership with FAB; a #WorkshopNight celebration to welcome Hadestown to Broadway; and the upcoming December 9, 2019 celebration of the 10th Anniversary of Mind the Gap, an intergenerational theatre program that brings together teens and elders to write plays inspired by each other’s lives.

Tickets for the reading begin at $75 and VIP tickets at the $1,000 level include a post-show reception with Rachel Brosnahan, the creative team, and NYTW leadership. All tickets $250 and up include a tax-deductible donation.

$25 CheapTix: We are committed to making tickets available to every production via our CheapTix initiative. For this reading, we will offer a block of $25 tickets via a digital Lottery in partnership with TodayTix. TodayTix allows you to enter the digital Lottery via the app, available in the App Store or Google Play Store. The entry period will continue through Friday, October 4th at 12pm EST, when winners will be notified. Entrants may request 1 or 2 tickets, and entry in the lottery is free and open to all. All entry rules apply. Enter the lottery now!

No in-person sales will be available at the box office. Standard ticketing fees apply to all orders. There will be a limit of 4 tickets per person for this event. All sales are final, no exchanges or refunds. Tickets are non-transferable and will only be released to the purchaser. A valid photo ID will be required to pick up your tickets. 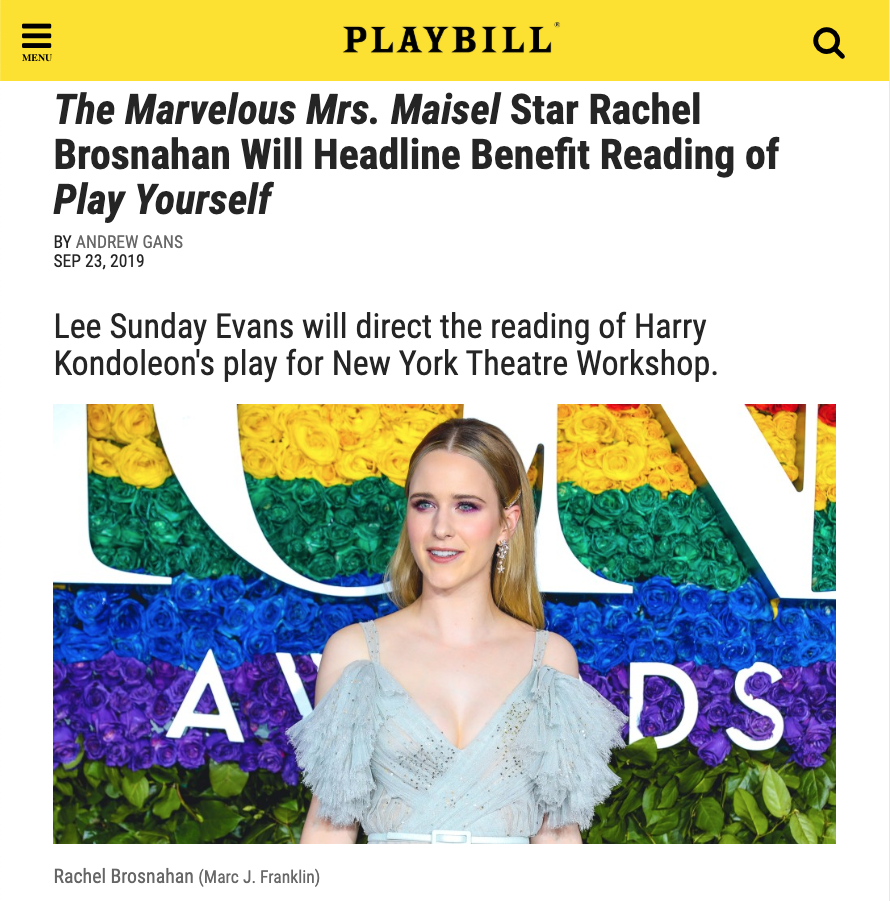 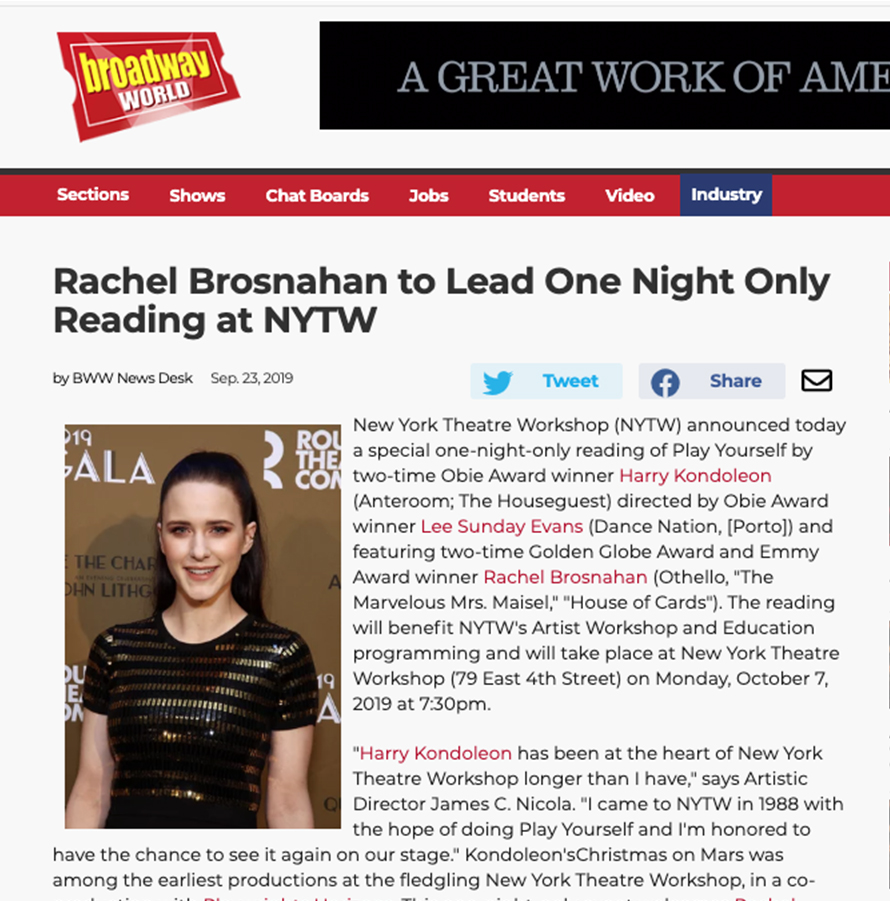 HARRY KONDOLEON is the author of the novels Diary of a Lost Boy and The Whore of Tiampuan, and a collection of poems, The Death of Understanding. His plays include Zero Positive (NY premiere at The Public Theater), Anteroom (New York Drama Critics’ Circle nomination), Christmas on Mars (Playwrights Horizons), Linda Her and The Fairy Garden (Second Stage), The Vampires (Empty Space in Seattle, Astor Place Theatre), Slacks and Tops (MTC), The Cote D’Azure Triangle (Ensemble Studio Theatre), The Brides (Lenox Art Centre/Music Theatre Group), Rococo (Yale Repertory Theatre), Play Yourself (Virginia Stage Company), The Poets’ Corner (Theatre for a New City), Love Diatribe (premiered at Circle Rep). His numerous honors and awards include: Fulbrights, Rockefeller, Drama-Logue, Oppenheimer and Obie Awards. Mr. Kondoleon graduated from Hamilton College and the Yale School of Drama. Mr. Kondoleon died in 1994 at the age of 39 of complications from AIDS.