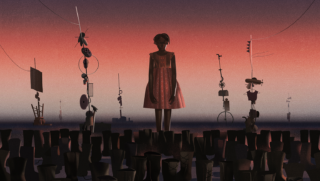 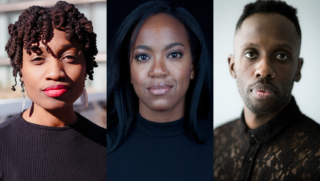 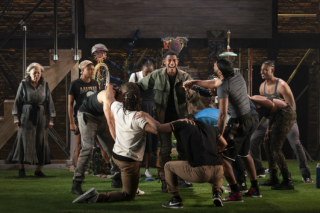 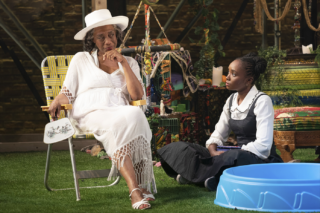 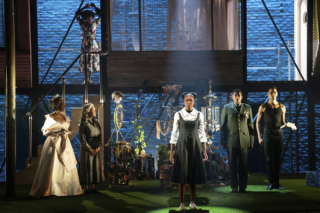 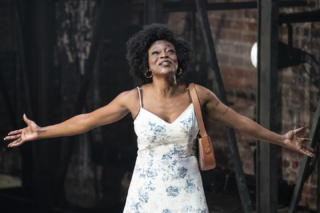 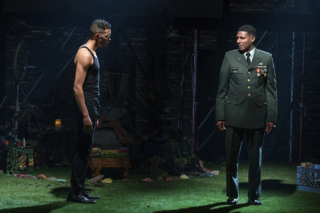 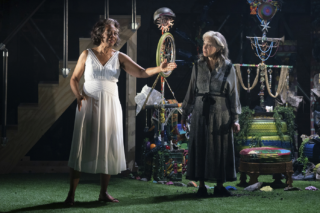 ON SUGARLAND runs approximately 2 hours and 30 minutes with one 15-minute intermission.

Sugarland is on precarious soil—three mobile homes line a southern cul-de-sac replete with years and years of decorative folk-art treasures and keepsakes. Young Sadie calls on generations of matriarchal ancestors to find the truth about her mother while the denizens of Sugarland rise each day to holler for the dead—conscripted soldiers lost to a greedy war—in a ritual reclamation of timeless grief.

This sweeping new work from Obie Award-winning playwright Aleshea Harris (Is God Is, What to Send Up When It Goes Down) is at once a spectacular pageant and spirited meditation on remarkable people transcending difficult circumstances. On Sugarland brings joyous life to communal healing with a glorious ensemble of 14 performers in a production directed by Obie Award winner, NYTW Usual Suspect & former 2050 Fellow Whitney White (What to Send Up When It Goes Down) and choreographed by Raja Feather Kelly (Hurricane Diane, The House That Will Not Stand)

On Sugarland is made possible by the generosity of The Roy Cockrum Foundation and the Venturous Theater Fund of the Tides Foundation.

Our COVID protocols have recently changed and we encourage you to review the most up-to-date information at nytw.org/covid

Proof vaccination and a photo ID will be required for all guests. A mask must be worn over the nose and mouth at all times inside the building and theatre. NYTW no longer allows cloth masks. We recommend wearing a KN95 (or similar), and if you need one, we will provide it at the point of entry.

From The NYTW Blog 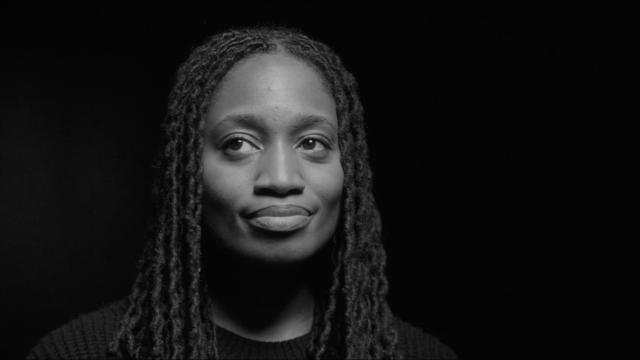 In Conversation With: Aleshea Harris 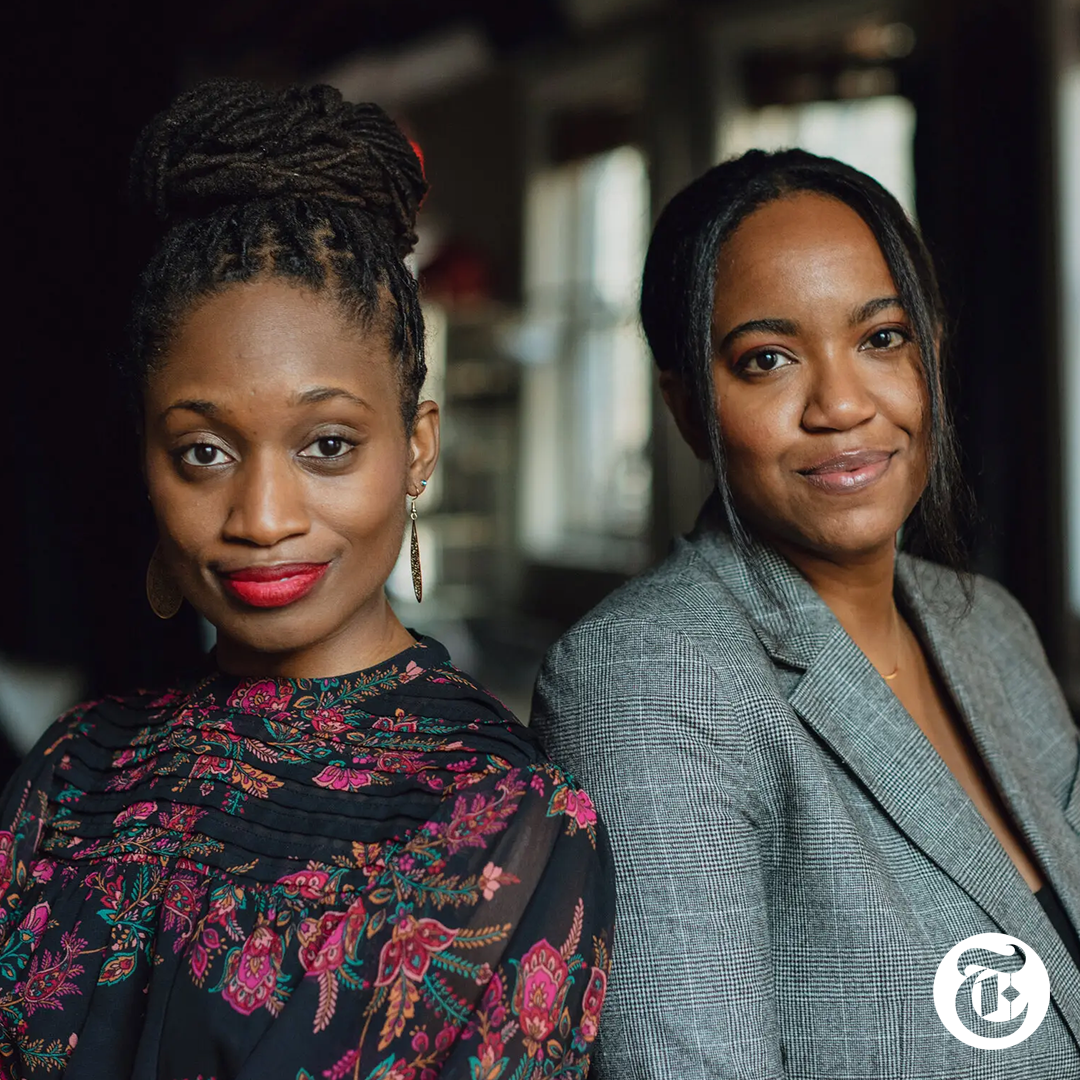 “Aleshea [Harris] is making work that is giving voice to the deepest parts of the Black experience. Black work can be as experimental and aesthetically excellent as anything else, and we shouldn’t settle for anything less.” 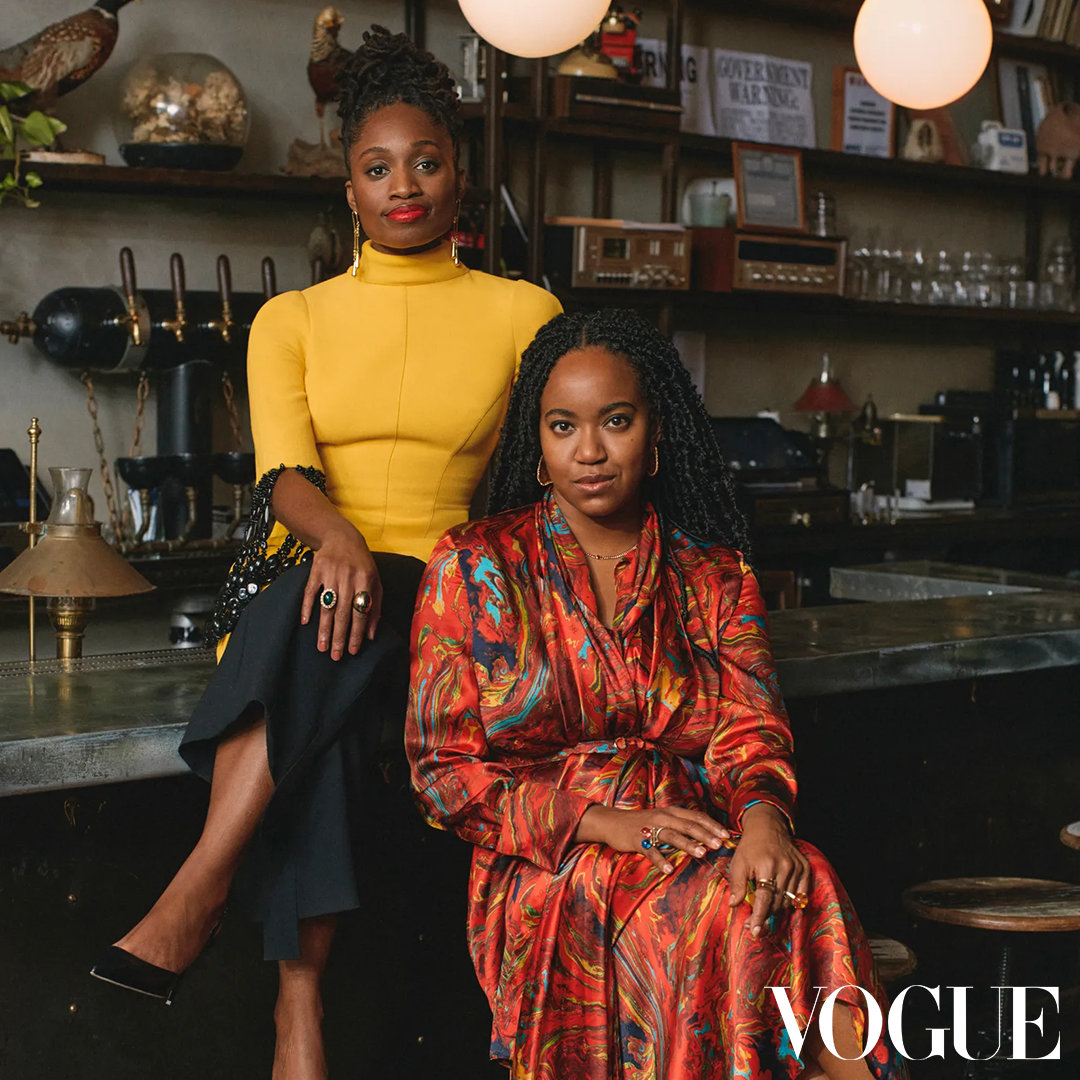 ON SUGARLAND is Poised to Shake Up New York Theater

"Since winning the American Playwriting Foundation’s 2016 Relentless Award (established to honor Philip Seymour Hoffman) for Is God Is, the 40-year-old Harris has staked her territory as one of the major theater artists of her generation."

ALESHEA HARRIS’s play Is God Is (directed by Taibi Magar at Soho Rep.) won the 2016 Relentless Award, an Obie Award for playwriting in 2017, the Helen Merrill Playwriting Award in 2019, was a finalist for the Susan Smith Blackburn Prize and made The Kilroys’ List of “the most recommended un and underproduced plays by trans and female authors of color” for 2017. What to Send Up When It Goes Down (directed by Whitney White, produced by The Movement Theatre Company), a play-pageant-ritual response to anti-Blackness, had its critically-acclaimed NYC premiere in 2018, was featured in the April 2019 issue of American Theatre Magazine and was nominated for a Drama Desk award. Harris was awarded a Samuel French Next Step Award in 2019, the Windham-Campbell Literary Prize and the Steinberg Playwriting Award in 2020 and the Hermitage Greenfield Prize in 2021. She has performed her own work at the St. Mary’s College, Edinburgh and Orlando Fringe Festivals, REDCAT and as part of La Fête du Livre at La Comèdie de Saint-Étienne. She is a two-time MacDowell fellow and has enjoyed residencies at Hedgebrook and Djerassi.