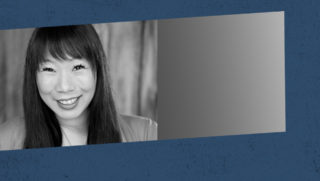 Born out of the COVID-19 pandemic, Kristina Wong‘s newest performance art piece unfolding during the pandemic details how she went from out-of-work artist to overlord of a homemade face mask empire in just ten days! With her trademark wit, she charts the process of building a sweatshop of hundreds of volunteer “Aunties”—including children and her own mother—to fix the U.S. public health care system while in quarantine. Wong hilariously unpacks the American Dream, America’s pursuit of global empire at the cost of its citizens, and the significance of women of color performing a historically gendered and racialized invisible labor at a time of heightened anti-Asian racism in the U.S.

Kristina Wong is one of the leading Asian American performance artists and has been featured in the New York Times’ Off Color series “highlighting artists of color who use humor to make smart social statements about the sometimes subtle, sometimes obvious ways that race plays out in America today.” Among the numerous immersive theater experiences she’s helped create, she’s created viral web series like “How Not to Pick Up Asian Chicks” and just launched the second season of the award winning “Radical Cram School.” Her rap career in post-conflict Northern Uganda is the subject of her last solo theater show “The Wong Street Journal” which toured the US, Canada and Lagos, Nigeria (presented by the US Consulate). Her long running show “Wong Flew Over the Cuckoo’s Nest” looked at the high rates of depression and suicide among Asian American women and is now broadcast-quality film. Her last show “Kristina Wong for Public Office” was both a real life stint in public office and a campaign rally performance which was filmed for Center Theater Group’s Digital Stage”. For more information, visit kristinawong.com.