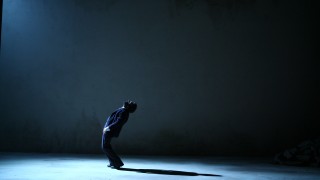 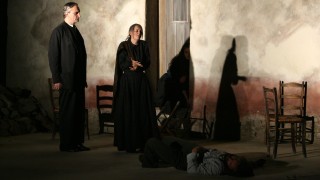 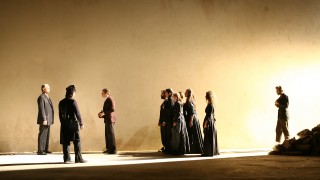 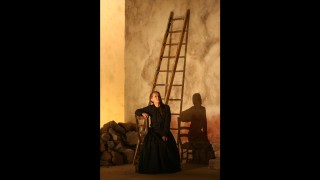 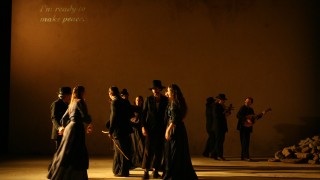 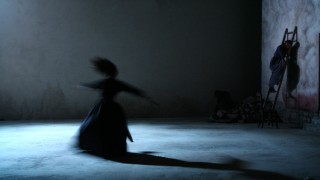 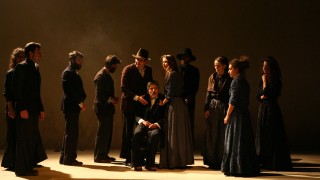 Conception, Direction and Choreography Martha Clarke
Text Adaptation Frank Pugliese
Dramaturgy Giovanni Papotto
Based on the stories of Luigi Pirandello and the film Kaos by the Taviani Brothers

KAOS is a new theatrical work by Martha Clarke which stages parts of four Luigi Pirandello stories featured in the Taviani Brothers’ 1984 film Kaos. Set in Sicily at the dawn of the twentieth century, these stories portray common people in mystical situations, heavily influenced by poverty, violent political unrest and social changes set in motion by mass migration. Through a fusion of text, dance movement, and live music based on Sicily’s historical North African roots and its evocative folk songs, Martha Clarke tells the lyrical and haunting stories of a lonely mother desperately trying to make contact with her children in America, a bride discovering that her new husband goes mad with each full moon and a clan of peasants fighting for the right to have a cemetery on the land they have cultivated for generations.

KAOS is performed in Italian with English surtitles.