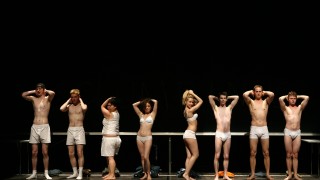 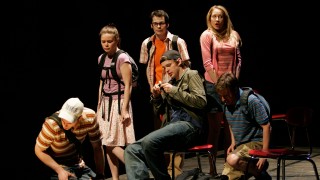 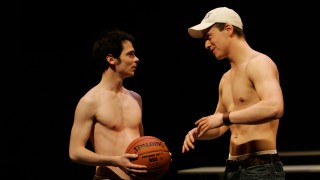 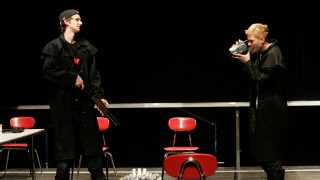 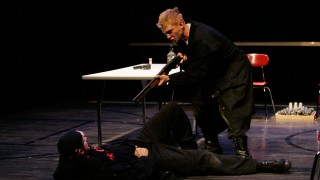 columbinus, a play sparked by the April 1999 massacre at Columbine High School in Littleton, Colorado, probes the psychological warfare of alienation, hostility and social pressure that goes on in high schools across America. Created by The United States Theatre Project, written by Stephen Karam and PJ Paparelli, with dramaturgy by Patricia Hersch, and conceived and directed by PJ Paparelli, columbinus weaves together excerpts from discussions with parents, survivors and community leaders in Littleton as well as diaries and home video footage to bring to light the dark recesses of American adolescence. When columbinus premiered in 2005 at the Round House Theatre, Peter Marks of the Washington Post called it, “An ambitious examination of the suburbanization of evil, directed with a surefire sense of theatricality by PJ Paparelli.” columbinus received four Helen Hayes Award nominations including Best Resident Play and Best Director, Resident Play. The NYTW production of columbinus is based on the Round House Theatre / Perseverance Theatre co-production.