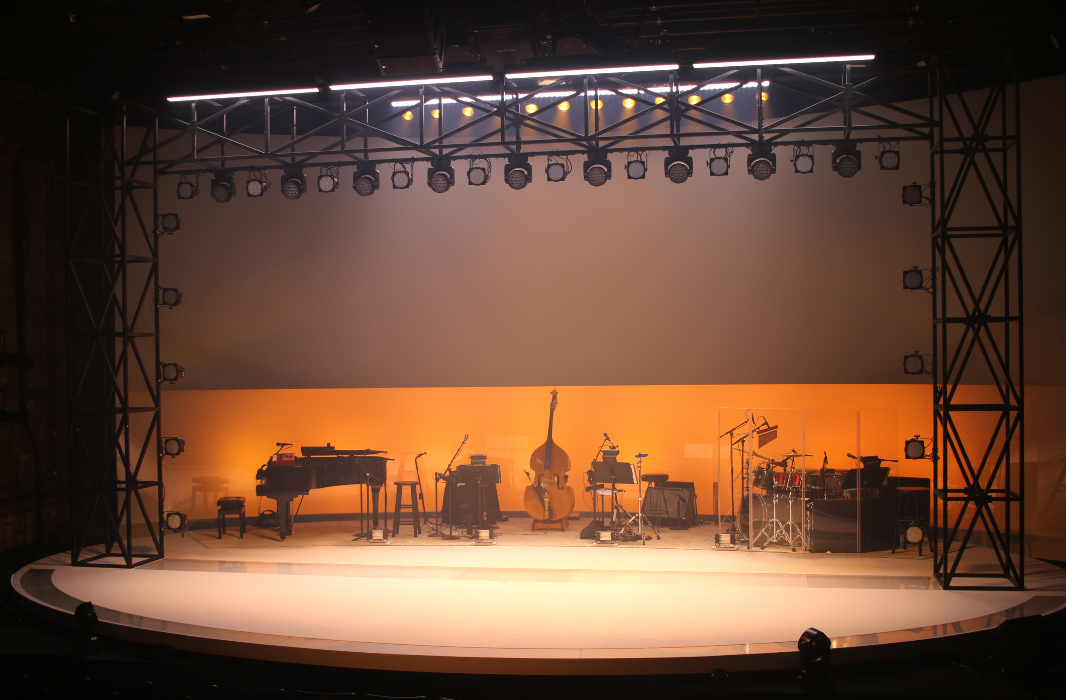 In Dreaming Zenzile, Somi awakens the power of Miriam Makeba; What a GIFT it was to witness. Makeba’s powers included her ability to transport an audience and motivate folks into action for social change. This play is a work of conjuring in which through Somi we get an intimate look into the soul of Makeba.

I was first introduced to Makeba in the classroom. I double majored in Acting and Social and Cultural Analysis with a concentration in Africana Studies at NYU. Creating @blackboysdotheater was the perfect intersection of my two greatest passions: theater and black people (follow us for black theater content). It can be hard to imagine folks you read about in a textbook as full people. I would spend hours watching clips of various civil rights and Pan-African movement leaders on Youtube to get a sense of their humanity beyond the movement.

This is why work like Dreaming Zenzile is so vital. It is important to create work that honors the ancestors so that they don’t become merely relics of the past; instead they too get to continue living.

I walked away from this play full of thoughts. Feeling seen in ways that would have scared eighteen year old me. Now twenty-six, I recognize that the vulnerability that comes along with being seen is so powerful. It alone has the ability to transform a person on a molecular level. Here are a few words/phrases/themes that I wanna take a moment to discuss: displacement/loss of home, rest, and light.

Let’s start with displacement. As a result of white supremacy black people have been forced from home and scattered to all corners of the globe. As a black person born in America, from a young age I have been keenly aware of the way this country treats people who look like me. So I have never felt at home in this country; but that’s by design. I have always felt a longing for a place to call home; both physically and ancestrally.

My longing for home came to a peak in my junior year of college; A professor of mine gave my class the assignment of telling the class where our family was from and to sing the song of our people. I struggled for the entire week trying to come up with some answer that satisfied me. Unlike my majority white peers, I didn’t have the ability to trace my family lineage back that far. I was tempted to just say, “Africa—cause you know, SLAVERY,” but that felt both disrespectful to my ancestors and also not specific enough. The day arrived and I watched as my white peers gave specific European countries or cities and playfully sang their songs. For them it wasn’t that deep. For me it was EVERYTHING. And then it was my turn. I was overwhelmed with emotions but I was doing a good job suppressing them. I said, “North Carolina and Alabama;” but the second I opened my mouth to sing all the longing for a connection to an ancestral home came pouring out of me in tears. Since that moment, I have been doing the work to reconstruct my ideas around what homes means to me. For Makeba she found her home on the stage and in her music.

Throughout the play we watched Makeba’s literal and figurative sense of home taken from her over and over; Being exiled from both her place of birth, South Africa, and from the United States after marrying Stokely Carmichael. Along with losing her father, mother and having to bury her own child (this sequence was heartbreaking). Black people are the epitome of resilience. Our sense of home has been taken from us time and time again; In response, We simply build it back up and build it better. For Makeba, the stage became her home. She is Africa’s first GLOBAL STAR. From the stage she shared herself with the world, sang the music that kept the global civil rights movement alive, and entertained and inspired generations of black people around the world. She dedicated her life to the movement.

Throughout Dreaming Zenzile, the ensemble transforms into a variety of figures in Makeba’s life. One refrain gets repeated, “it’s time.” As her ancestors call her over to the other side. Over and Over Makeba resists their call until finally she can’t. In these moments I couldn’t help but think about a popular Instagram account @thenapministry. They created an entire platform that examines the liberating power of naps. Think about it – for centuries black people across the diaspora haven’t had the luxury of rest; whether we were working sun up til sun down as enslaved people, trying to keep up in a capitalist economy that extremely undervalues our labor, or fighting for our independence from colonial powers. As a result, we as a people resist rest even when it is our time. Maybe REST IS RADICAL. Maybe we need to shift our priorities and instead of creating lives that center our labor, we create lives that center our rest. The Souls of Black Folks, both present day and ancestrally, need rest.

As audience members we carry pieces of shows we witness with us. I found myself wondering, “what pieces of Makeba will people carry with them?” Somi allowed us to see Makeba in her fullness; her music, strength, vulnerability, power, softness, and so much more. For me, it’s her light. Regardless of all the things that happened to her, she did not allow them to dim her light and break her spirit. And because of that, she will live on forever as a beacon of light for the global black diaspora. Thank you Somi for giving us the gift of Dreaming Zenzile.

Go see Dreaming Zenzile at NYTW playing through June 26th! Feel free to DM me on IG @blackboysdotheater letting me know, “what pieces of Makeba are you carrying with you?” I would love to know.

Zenzile: The Reimagination of Miriam Makeba